Solano is a first class, partially urban municipality in the province of Nueva Vizcaya, Philippines. Solano is the central business district of Nueva Vizcaya. This town, with a land area of 13,980 hectares, is politically subdivided into 22 barangays, and has a total population of 56,134, distributed in 11,205 households (NSO, 2010).

Nueva Vizcaya is a land-locked province in Cagayan Valley, sharing borders with Nueva Ecija, Pangasinan, Benguet, Ifugao, Isabela, Quirino and Aurora. Among its towns, Solano has the biggest number of commercial establishments, including more than 20 banks, several hotels and the like. The growth of the population is driven largely by migration of people from other areas, due to the growth in commercial activities in the town.

Although Solano is commercially progressive, it has faced the problem of lacking a good water system in the municipality. Thus, in 2013, a Memorandum of Agreement was signed between MAPDC and the Municipal Government of Solano Nueva Vizcaya, whereby MAPDC will design, construct, commission and maintain a new and complete waterworks system in the whole town of Solano, Nueva Vizcaya.

This project was completed by MAPDC in 2015, and SNVRDC was assigned to operate the waterworks system. This project was funded by MAPDC and the parent company, without any external debt incurred from banks. Also in 2015, the National Water Resources Board (NWRB) granted a Certificate of Public Convenience (CPC) to SNVRDC, which is similar to a franchise within the concession area.

The water source of Solano is surface water from the Magat River. The Solano Water Treatment Plant is capable of treating 10 million liters of water daily when this was completed in October 2015. It features a modern compact and modular design four-process conventional water treatment of flocculation, clarification, filtration, and chlorination. The potable water is piped four kilometers into a network of pipes in the town proper.

By end of 2016, the center of Solano (4 kilometers away from the treatment plant), comprised of 7 barangays (out of 22) already has pipes with minimum water pressure of 16 PSI. 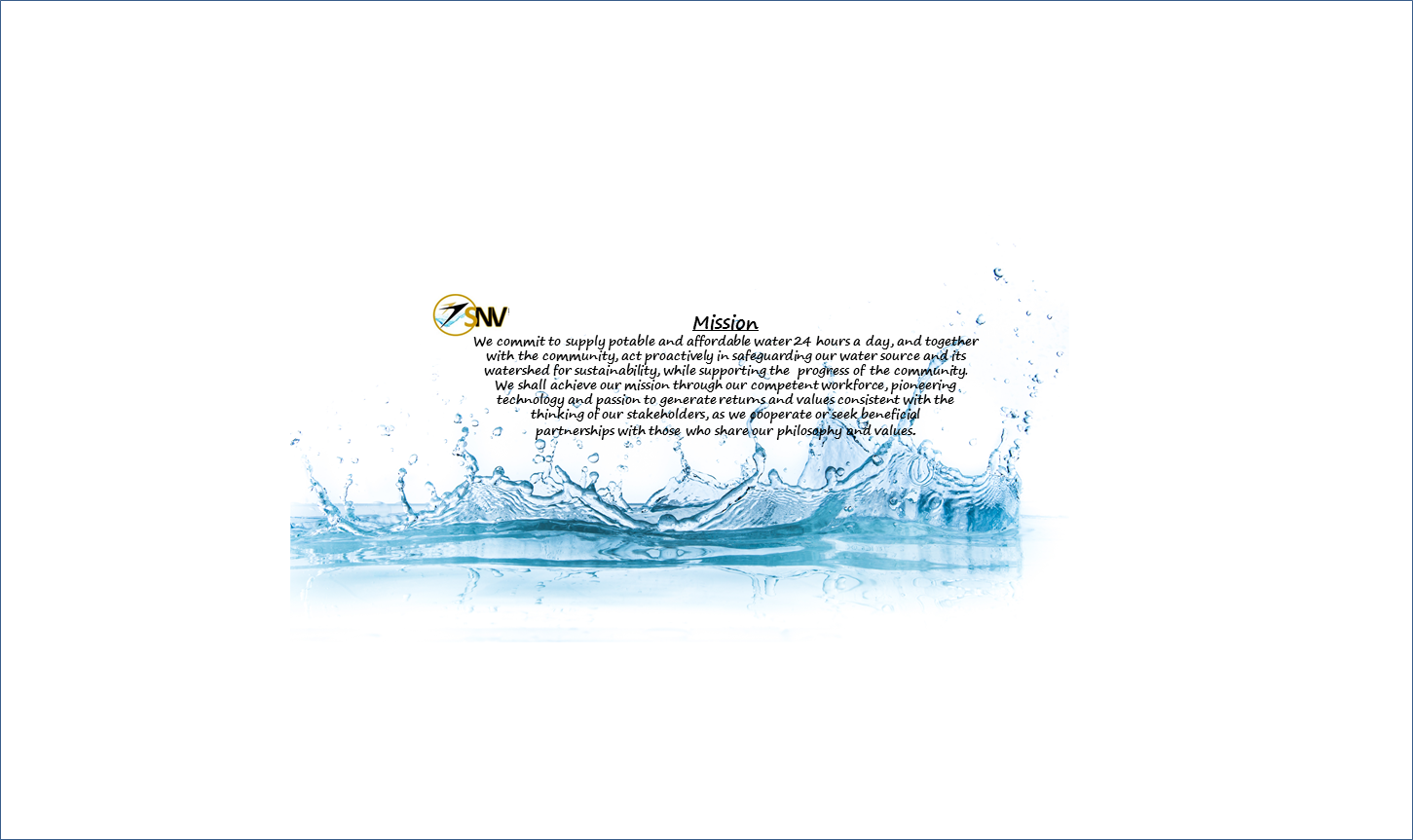 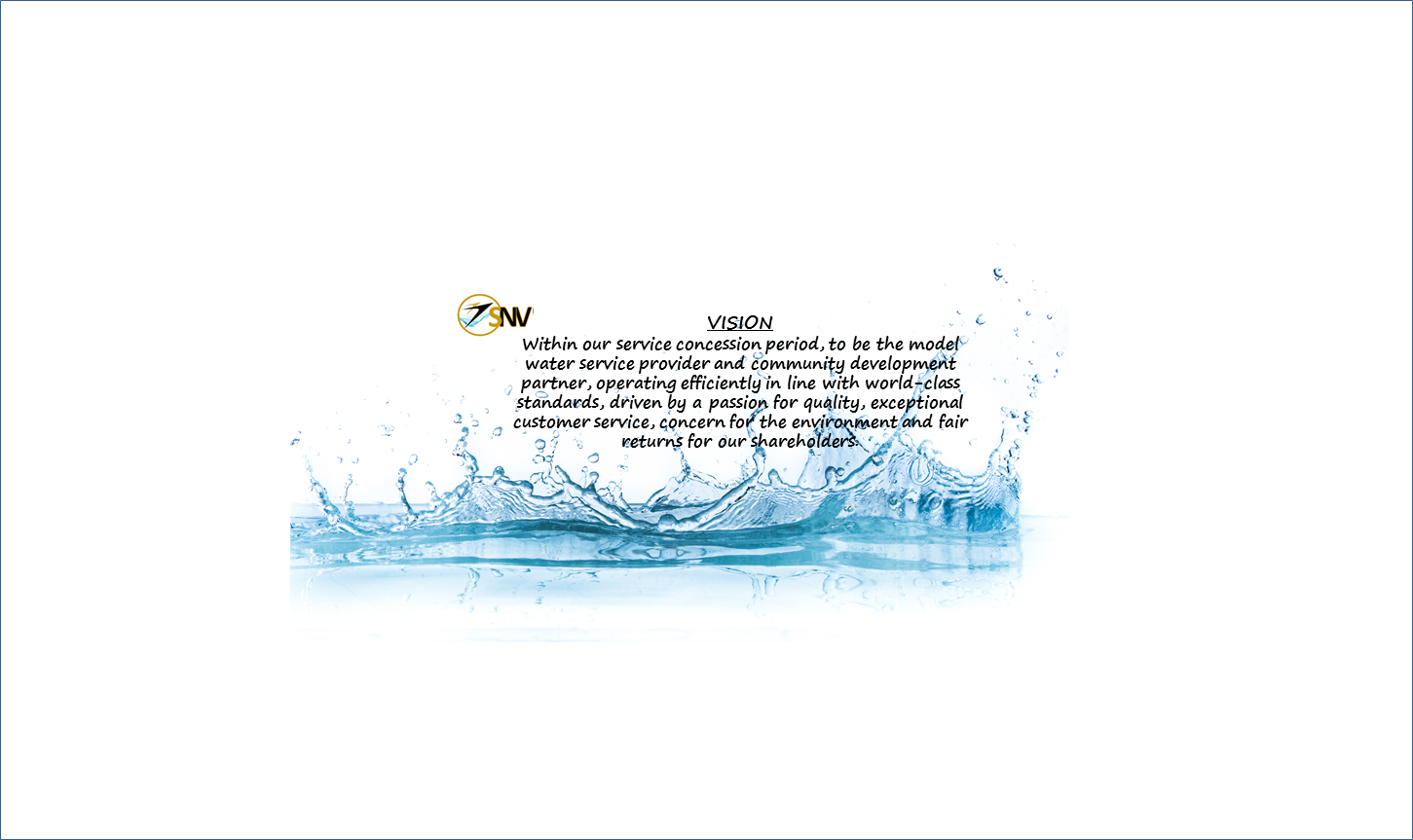 “Our way of life is built on the fundamental ideal of service to
all stakeholders, especially our customers.

In doing so, we are guided by:
Integrity, Respect, Teamwork, Accountability”